Filming the red deer rut at 300fps with the RED Epic. 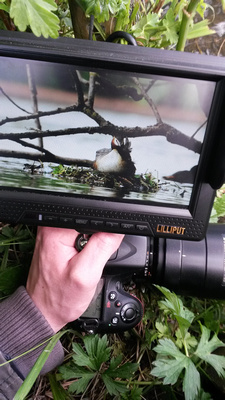 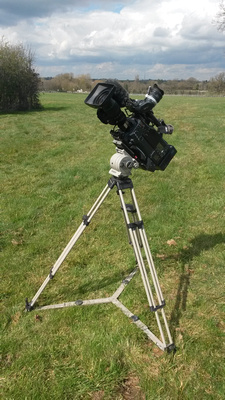 Lawrie is a freelance wildlife and documentary cameraman based in Surrey, UK. He has worked with  several major production companies, providing footage for the BBC, Channel 4 and Channel 5 amongst others and has a wide range of experience in the broadcast documentary industry.

Working with everything from small dSLRs to fully equipped cinema and ENG rigs, his work focusses mainly around wildlife and documentary filmmaking. In addition to contract work, his personal projects include documenting the red deer rut and low-light filming with urban red foxes on the streets of London.

Lawrie is highly proficient in video editing using Adobe Premiere Pro/Adobe Audition. He has significant experience with both hdSLR video and broadcast-spec cameras (including a digitally-converted Panasonic HDX-900, RED Epic, Sony FS7/FS7 Mk II/F5, Sony A7S II,  JVC GY-HM850E and JVC GY-HM600E). As a CAA approved drone pilot with both heavy-lift and night permissions, he has owned and flown all manor of aircraft ranging from the tiny DJI Mavic Pro to the broadcast spec DJI Inspire 2. He also has significant experience working with minicams, fixed-rig setups, lighting and infra-red 'trail cameras'.

For more information or to request a showreel, please use the contact form.