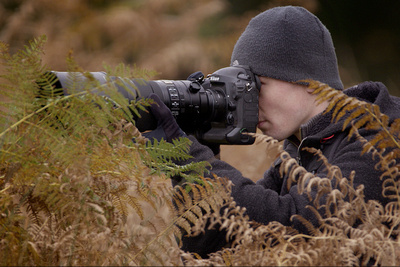 "With these biography pieces you often find the question 'what came first, the wildlife or the camera?', but with me I can honestly not think of a time without either. I grew up in northern England with wildlife on my doorstep, and was lucky enough to be gifted with a father who was a very talented photographer. I always loved how he managed to record those fleeting moments on family holidays, and with his help got hold of my own film camera and started to join him in taking landscape photos.

The love of wildlife had always been there, and I spent many happy days bird watching or searching through rock-pools, but it was not until fairly recently that I combined  the two. I had recently become friends with the very talented wildlife photographer (and now, rather luckily, my partner) Alannah Hawker (www.alannahhawker.com), and after purchasing my first dSLR was convinced to take it along to record the new cheetah cubs at my local zoo. After that a love affair was born, and now several years later, and with a fascination for wild British species, I can't think of being without wildlife or my camera. 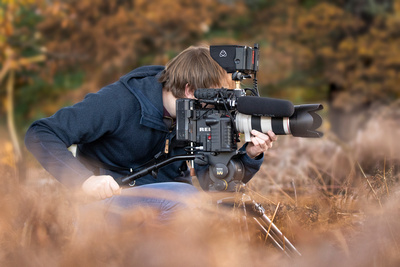 I have always loved working with nature - that one special moment between man and beast that can only happen to you. I have recently completed my Masters degree in Marine Biology, and every moment I can spare is spent researching animals, trying to find new subjects or sitting quietly in the midst of the wild world, watching and trying to record the stories of the amazing animals that surround us. It is these stories that I aim to bring  to you in my work - to not just capture a photograph but to tell the stories of individuals, to give these creatures a face and a voice in a world of increasing environmental pressures and to record the individuality and differing personalities of each of these beings. To me it's not about an image, but a fleeting snapshot into a world we barely understand.  I hope you can join me on my journey, and many thanks for taking an interest in my work."